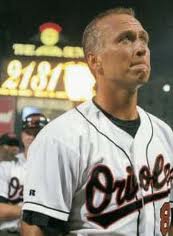 In my 11th grade AP Euro course, each class would begin with an oral review of the previous nights’ reading. I had my notebook open to pages of outlined facts as I waited anxiously for Mr. Hoffman to call on me. Clipboard in hand, he paced the room methodically and expressionless, tossing questions to random students. The clipboard contained a class roster, and each time a student answered a question correctly, he marked a check next to their name. That was his routine for taking a daily grade. Occasionally he threw a curveball and started class with a pop quiz. It was his way of ensuring that we never grew too complacent.

All in all, it was a fairly boring class. Yet it was also incredibly effective–out of the 40 or so students that sat for AP Euro exam, all but a few students scored either a 4 or 5. How could something so monotonous translate to good teaching?

When I was firing on all cylinders as a middle school language arts teacher (which was more rare than common), my class flowed like clockwork: students sat down in their desks and immediately started copying the notes for that day’s lesson while I talked through them. I’d quickly model a reading skill, and then we broke into an extended small group rotation. I met with 3 groups each day while the other students either read independently or worked on some independent seatwork. This became so routine that my students and I walked through each class without thinking about the structure of the day. While I’ve never been a slave to data, students made considerable progress in reading–demonstrated more so by their newfound interest in reading than by their test results. But that’s a whole ‘nother discussion.

In his landmark (yeah, it’s that important) manual on instructional coaching, Jim Knight speaks to the challenges of changing teachers’ habits. Because that’s what teaching (both good and bad) eventually becomes–a habit. After a while, lesson planning, grading, disciplining and delivering lessons all become as routine as driving a car.

Charles Duhigg parallels this phenomenon in his pop nonfiction bestseller The Power of Habit. He tells the story of Tony Dungy, who convinced his players that greatness is about doing the ordinary better than other teams. He taught his players to read cues and react habitually. In essence, he took the dynamic structure of the game and boiled it down to a few key cues and responses.

Sometimes we have the vision that excellent teachers funnel the excitement and intrigue of a TED talk into each one of their lessons. And while I don’t suggest that great teaching should be boring, it also shouldn’t be a rollercoaster ride with each class. The more automatic and routine the structure of the class, the more students can focus their attention on what’s being taught.

It made me think of this visit to a supposedly great teacher’s classroom. Walking around her room, nothing stood out to suggest that this teacher had won multiple teaching awards for her excellent math instruction. Students were listening attentively while the teacher explained a few problems on the board. The class seemed routine. And perhaps therein lies her greatness.