Human Capital is a Depreciating Asset 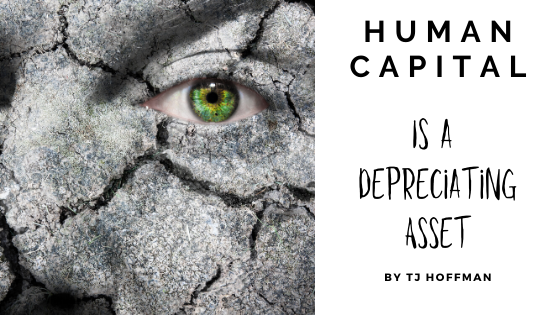 I want you to imagine for a bit that you own a major manufacturing plant. You produce something that is vital to the health of the country. Let’s say it’s candy bars. Without your candy bars, the country would collapse. Economic output would stop, society would no longer be able to function as a whole, the government would shut down, key infrastructure would fail…chaos. These candy bars are the very life-blood of our nation. We cannot survive without these candy bars.

To produce these candy bars, you need several different pieces of equipment. And you work very hard to get the best versions of this equipment around. You shop around, you negotiate deals, you carefully ship the equipment to your manufacturing plant. And on Tuesday, all of the equipment arrives. The equipment that produces the candy bars that the country can’t live without has arrived!

Then what do you do?

Throughout the life of this equipment, the manufacturer might offer you upgrades on the equipment. Sometimes those upgrades are unnecessary and you might choose to avoid them. But you will consider each product update to make sure that your equipment is the best it can be.

And regularly, perhaps even monthly, you’ll work carefully to maintain that equipment. You’ll oil it’s gears, you’ll make sure it’s nuts and bolts are all tightened. You’ll even hire people to come in and provide regularly scheduled maintenance to keep things running smoothly.

You’re a good and honest steward of your company. You do well to invest resources, time, and money in the maintenance of your equipment. That’s because you understand one of the fundamental rules of Economics: capital depreciation.

Of course, all of the resources you use to make your candy bars are capital. But this machinery is the most important kind of capital. In case it’s been a few weeks since your last Economics course, capital is any asset you use to produce goods. All capital has value, and different types of capital have different worth to different people or companies. But this capital. This beautiful machine that produces these vital candy bars, this machine is the most important capital to you. So it’s value is very high.

But, inevitably, the value will go down over time. This is another fundamental law of economics: depreciation. Depreciation simply means that the value of certain types of capital goes down over time. That’s because it’s ability to contribute to the production of goods becomes more costly, or it becomes more inefficient. So, this beautiful machine, which can produce 100,000 candy bars an hour on day one, will eventually produce 99,999 candy bars in an hour. As the gears get rusty, the machine runs slower, and it becomes inefficient.

So we’re back to maintenance. All assets have a valuable life, the time-span over which they can produce goods in a cost-effective and efficient manner. There will come a day where the machine will seize up, the gears will no longer turn, and the number of candy bars it can produce will go to zero. And you’ll have to replace it. It will no longer be valuable capital. But your goal, as a prudent businesswoman, is to cast that fateful day as far into the future as possible–at least as long as it’s cost-effective to do so. That’s why we take our cars to get the oil change. And we clean out the lint traps on our driers. And we clean the oven once every…well…ten years if you’re like me. We want to prolong the life of our assets. Because, up until a point, it’s cheaper to maintain the capital you’ve got than it is to acquire new capital. 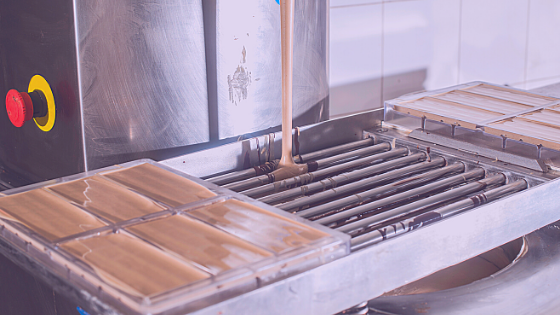 In fact, you may not make anything anymore.

And maybe you don’t use much machinery.

But you still have lots of Capital that you use.

We have a very different kind of capital: Human Capital.

Of course, people are very different from machines. But the people on your team and the candy bar machine have one thing in common: without them, you wouldn’t exist. So here’s the big question: do you treat your people the way you treat valuable equipment?

Every manager says they do. This article from Ethan Rouen considers the accounting ramifications of talking about people as “our most valuable asset” versus treating people like one.

Balance sheets aside, the real question is about maintaining value. The same way that physical capital is made up of parts and components that must be maintained to prevent depreciation, all of us have components (skills, knowledge, ability) that must either be maintained or replaced. That granular approach to human capital is rare, though. Most employers think of people as a whole unit, rather than as a sum of strengths. This is a mistake. Often, the consequence is that a person, who’s skills, knowledge, and ability —which I’ll refer to as Human Capital from now on—inevitably depreciates in value over time, gets tossed aside long before their “depreciable life” is up. Any manager who throws out a piece of equipment simply because a single gear breaks would be considered foolish and wasteful. But we often look to replace people when one or two of their skills no longer “do the job.” Instead of thinking of ways to improve or replace the Human Capital, employers often just replace the human.

The tricky thing is that you can look in a catalog, see how much a new computer costs, and see how much it would cost to replace your existing computer’s CPU or upgrade it’s memory. That allows you to make a simple calculation to decide what’s more efficient. The hidden cost of hiring a new person versus “upgrading” the Human capital of your existing team is much more difficult to quantify. But it’s not impossible. The Work Institute estimates that it costs as much as 33% of an employee’s salary to replace them. So unless you can hire someone else at ⅔ the cost of your current employee, it’s probably worth considering how you can keep their Human Capital from depreciating rather than just kicking them to the curb for a shiny new person. And there are a host of other hidden costs. When people start getting fired, workplace productivity is affected by gossip, changes in morale, and the added cost of interviewing, on boarding, and enculturating their replacement.

So if it’s costly to replace human capital, and maintenance is the better option in most cases, who’s supposed to do the maintenance? Many employers might tacitly say that they want to invest in their most “valuable asset” but then turn around and say the best solution is to “hire right.” Hiring right is like buying a shiny new machine. It’ll be great for a while, but everyone’s human capital depreciates over time. And still, how do you even know that the person you hire even has the human capital you need? 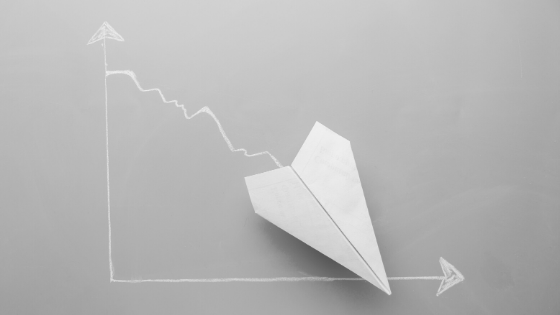 So, you’ve got these people. And hopefully by now you’re convinced that you need to invest in keeping them from depreciating. But how do you do it?

Most employers approach this in one of two ways:

Instead of wasting valuable time and money on these insufficient and ineffective solutions, individuals and teams need to work collectively to keep human capital from depreciating systematically. Really, the work falls into three steps: 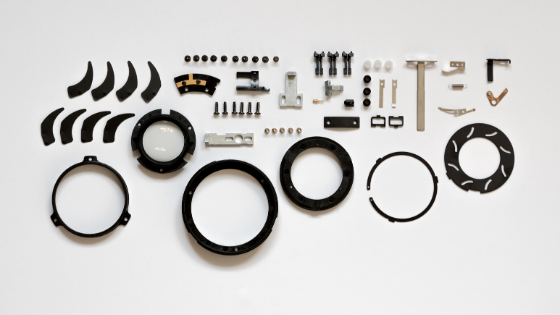 Look at the “parts” you need

Every organization produces something. It might not be candy bars–It might be car parts or students who know how to solve quadratic equations–but if you’re not producing something that’s valuable, you wouldn’t exist. And producing those things requires certain capital, both physical and human. So the first step is to look at what you produce, or what you’d like to produce, and see what capital you need to produce it. Creating and maintaining an inventory is the first step to knowing where you’re going. Organizations skip this step too often. They look at “the products” they want to produce, but they give little more than a glance at what it takes to actually produce them . I don’t know anything about candy bars or cars, but I know about teachers, and I’ve seen this step skipped many times in learning organizations. Saying “we have 300 students that need to learn the quadratic equation, so we need 10 math teachers” is not nearly enough to accurately identify your “capital requirements” to achieve your “product.” What does it take for your 300 students to learn quadratic equations? What human capital do the 10 teachers need to be effective? That’s the important work.

Look at the “parts” you’ve got

Get to work maintaining

Once you’ve got an idea as to what needs to be oiled, what needs to be removed, and what needs to be replaced to keep your human capital in tip-top shape, start doing it. Don’t hire the mechanic first, your organization is made up of mechanics! Pair people in iterative relationships so they can help one another maintain collective human capital. Everybody does something well, and nobody does everything well. Devote time and energy to this work. Don’t just do it once a quarter. Parts can get wobbly if left alone for too long. You need people to work together everyday to keep things running smoothly.

A note about hiring outsiders to help with this process: When you bring in an outsider to maintain your human capital, it is the least efficient solution. There’s no way they’ve gone through steps 1 & 2 with you, so even if they’re experts in quadratic equations, they don’t know your people as intimately as you do. So be careful when bringing them in. If you manage a sales team and you hire a consultant, don’t tell the consultant “I need better sales people.” You’ll get nothing but an expensive consulting invoice in return. Be specific when hiring a contractor, and monitor their work closely to make sure they’re fixing the problem you want fixed. 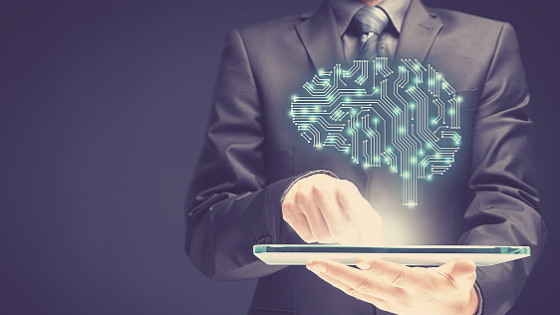 These three steps must be embedded in the culture of your organization. Measure it, talk about it, devote time and energy to it, and when somebody does the hard work of refreshing their human capital, reward it!!!! After all, they’ve saved you tons of money by not making you hire someone new to replace them.

People often think of the process of building and maintaining human capital when they aren’t in the workforce. It’s a mistake to believe that we spend the first twenty or so years of our lives “building the machine” and then put it to work. The only thing that happens when we leave the education stage of our lives and enter the workforce, for most people, is that we stop the much-needed maintenance work. But that doesn’t mean we start depreciating at that moment. In actuality, when we enter the workforce and stop learning, depreciation doesn’t start, it accelerates. So then we become obsolete more quickly, and only then do we think about gaining new human capital. Don’t do that. Organizations, and the people inside of them, only survive when everyone learns everyday. And do the hard work at looking at your human capital and deciding what needs to be removed to make room for new parts. This problem exists in every sector of the job market. Some estimates indicate that there will be a shortage of 85 million people in the workforce by the year 2030. That’s not for a lack of humans…it’s for a lack of human capital. It’s up to all of us to solve that problem, both as individuals and as organizations. Nobody’s going to solve it for us!